April 1915. A train steams up the Tavannes valley. On board, a young soldier who, taking advantage of leave, was on his way home to Tramelan. He was 32, his one love was engineering, and his one goal was to start his own business.

His name was Charles Schäublin. Born in 1883, in Waldenburg (BL), he had already served his apprenticeship as a fitter (gaining first prize in his final exam). Then, just like the journeymen who travelled the country, he undertook what could be called an "Engineering tour of the region". He wentCharles Schaublin to Schild at Granges, to Tavannes Watch, to Omega at Bienne, then back to Granges with Lambert, and lastly to Tramelan, where he took up with the Burri brothers. At the time we are looking at, he had just left his associates, having made up his mind to go it alone.

The train taking our soldier on leave stopped at Malleray station. It was just a little farming village, like its neighbours, but already had the first seeds of industry, watch and clock-making, in particular. And the carriage Charles Schäublin was in stopped right opposite a small factory that was vacant because it had gone bankrupt. The future industrialist did not hesitate, that was where he would set up. The following day, he went back to Malleray and on 8 April 1915 he exchanged contracts to buy. It was the beginning of an adventure which has now lasted for almost 100 years.

Charles Schäublin was in stopped right opposite a small factory that was vacant [...]. It was the beginning of an adventure 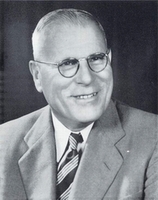 You can bet that, at the time, the people of Malleray, or their neighbours in the very modest village of Bévilard, never expected that their district would prosper so and that just a few years on, the Company that had been founded would have a world-wide reputation. The modest original workshop, with its typical transmission shafts and belts in all directions, lack of light, black machines with convoluted shapes, has given way to the present Company, known by one and all.

Starting out was not easy, with the world war, enormous problems getting machinery and raw materials or training staff. 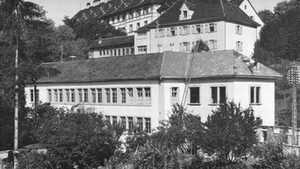 Then came the serious crises of the twenties and thirties, the development of new machines and creation of new factories.

For all this work, Charles Schäublin was to be assisted, from 1916, by his brother-in-law, Emile Villeneuve. Born in 1890 in Corgémont, he was then a junior master and taught at Tavannes. He worked on the Company's financial and commercial organisation, whereas Charles Schäublin focused his energies on construction and industrial manufacturing.

Our company is based in Delémont, Switzerland and is a subsidiary of RBC Bearings group including more than 25 companies worldwide.

Make sure your customers are satisfied by choosing high quality clamping tools by Schaublin.

High quality bearings for aerospace, railway, defense and the industry.

Motivated and willing to grow with us ? Take a look at our job offers and join our dynamic teams !